What Not to Miss in the 2017 Sundance Film Festival

Beginning of every year is no less than a blessing for movie buffs because of so many award shows, introduction of new films, arrival of new films, and what not. But what is more intriguing for any film lover is the return of 33rd annual Sundance Film Festival. This platform has always something special to deliver, not just for the watchers but also for the competitors. The festival is enthralling and open to talent around the world.

This year, the festival is back again with numerous new filmmakers as well as the old ones. If you are tired of watching repetitive shows and movies, it is about time that you leave your couch and remote, get yourself a Dallas airport transportation, and head straight towards Utah where you will have endless films to watch and unending performances to enjoy. 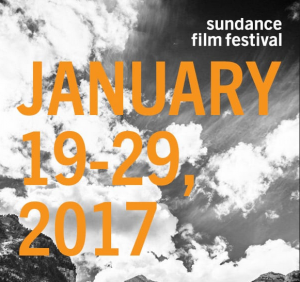 What the Festival Has to Offer?

Sundance Film Festival was created by Robert Redford in the year of 1981 with the sole purpose to give a platform to independent and new voices of American filmmakers. Almost ten amazing rising filmmakers made their way up toUtah and were invited to Sundance Resort. There, they were given a chance to display their works and work with prominent actors, directors and writers so to develop the independent projects they had.

Sundance Institute is back again to give a chance to people from film, film composing, digital media, and theatre. You can share your independent stories here and muse people with your vocals as well in the NEXT juried category.

Director John Cooper claimed that narrowing down the list of competitors was a hard task this year because there were so many people to choose from. He is happy that more and more people are taking a step towards such an innovative project that is going to give them a big break. He is highly impressed by the strength and awareness that newcomers have. Also, many filmmakers who have participated earlier are joining back this year, including names like Gillian Robespierre, Alex Ross Perry, and Alexandre Moors.

This year, the audience are going to be experiencing a special program that is called “The New Climate”. It is something that the president of Sundance Institute Robert Redford was working on for a long time, since he is really committed towards environmental issues and in spreading their awareness around the world. There are various discussions artistically designed around this climate change topic that will be run in between the programming thread, throughout the festival.

Films like Chasing Carol by Jeff Orlowski and Plastic China by Jiu-liang Wang will be around this topic so the event is something that you shouldn’t miss. This means that the ten-day long festival is not only going to amuse you with movies but will also instill in you the things you should know related to environmental care and what part you can play as a human being to secure the earth. Therefore, stop thinking whether you should stay in the orbit of your boring life or treat yourself with some fun, and get a Dallas airport transportation within a blink because time is money. The festival will start from 19th January and end at 29th January, so get your ticket now.

Films Not to Miss

Apart from the amazing aforementioned environmental related movies, many more films are lined up for us at the festival by the amazing John Cooper and Trevor Groth. These movies are distinctive, unlike any other movie you have watched. Most importantly, these are feature films, documentary films and short films, something that you don’t easily get to watch on your television screen.

The U.S Dramatic Competition is easily the hottest juried category right now because of the kind of films it has to offer. We have Brigsby Bear by Dave McCary, which has co-screenwriter Kyle Mooney who are presenting an innovative creation with the help of many talented actors. Another great movie to look forward to is Band Aid by Zoe Lister-Jones. We all know her pretty well in her role as Whitney, but few know that she is a great screenwriter as well. Band Aid is going to be a movie about a couple going through a bad marriage, who decided to shape their issues in the form of band, writing songs in place of arguments. Sounds interesting. But is it going to beat other movies at the U.S Dramatic Competition? We can only learn about it after the results.

More movies like Crown Heights by Matt Ruskin, L.A. Times by Michelle Morgan, Ingrid Goes West by Aubrey Plaza, The Yellow Birds by Alexandre Moors, and To The Bone by Marti Nixon with stars like Lilly Collins and Keanu Reeves are the movies that we are looking up for in all excitement. If you want to experience all these movies on display with your own eyes, about time you should get a Dallas Airport transportation and come with us to the festival.